Home / Blog / Food on Mars: What Will it Look Like? 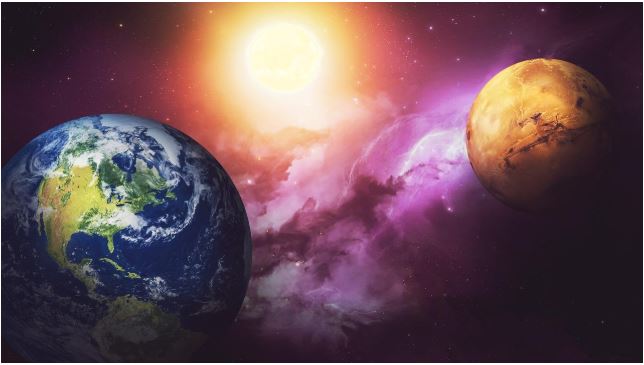 We’ve figured out how to feed the people we send into space, but what about the people who will be born in space? You may be familiar with that scene from The Martian where Matt Damon’s character, stranded on Mars, sustains himself for months by growing and eating only potatoes. Is such a thing possible? We’ve already covered the meat of the future and other foods. Now it’s time for HSR Associates to talk about food on Mars!

A Day in the Life of a Martian

As the Earth becomes less habitable, living in Martian colonies seems like a real possibility for future generations. What might a typical inhabitant of Mars eat and drink on a daily basis?

Before we can even talk about the possibility of food on Mars, we need water. Luckily, we’ve already learned to extract water and store from the soil. Ice and hydrated minerals are also sources of water on Mars. So while the average Martian probably won’t be drinking cow’s milk or orange juice with breakfast, they can still stay hydrated with water.

Unlike water, there is no food naturally available on Mars. Let’s assume Earth will no longer sustain life, so Martians won’t be able to import their favorite foods either. That means we’ll have to grow or make all of our own food. Scientists are already working on this. It looks like the average Martian lunch might consist of:

Care for Some Dessert?

The Martian diet is looking pretty healthy so far, but that doesn’t mean the dentists of the future will be out of a job. NASA has challenged people to come up with a way to convert CO2 into glucose. This could mean sugary desserts (and a variety of other useful supplies) for space colonies in the future. Scientists haven’t yet tried to grow cocoa beans in space.

For now, scientists are working on ways to increase variety in the diets of astronauts. Improving the shelf life of our favorite foods, such as mac and cheese, may mean that the first settlers on Mars will enjoy all the comforts of home – as long as foods can be imported from Earth.

From Your Kitchen to Mars

You may want to think about how your startup can get involved in the futuristic food industry. Will your product be a Martian household staple? HSR ASSOCIATES specializes in developing new food products and bringing them to market. We provide all the services necessary, from Kitchen To Marketplace. Contact us today at steve@hsrassociates.net.